Environmental Physiology in a Changing Climate I am an environmental physiologist with an interest in understanding the molecular, biochemical and physiological mechanisms that underlie an animal’s capacity to cope with environmental change.  I am fascinated by the diversity of physiological specializations (or strategies) used by animals to tolerate particular habitats that others would find very challenging.  This interest has led my research to investigate how an animal’s physiology and environment interact to structure organismal stress tolerance.  My current research program has an eye towards global climate change and addresses the general question of whether contemporary animals have the physiological flexibility necessary to buffer the unprecedented rates of environmental change, specifically their response to changes in multiple environmental variables. My research focuses mainly on aquatic organisms that are distributed along the California coast and estuaries (e.g. limpets, sea urchins, crabs, oysters and intertidal fishes), but extends to Antarctic fishes and aquaculture species. 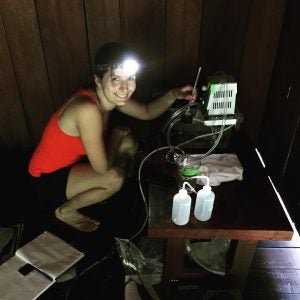 I am a comparative physiologist broadly interested in understanding how animals have evolved to function and perform in challenging environments. Most of my research to date has focused on physiological, biochemical and genetic mechanisms underlying plasticity and adaptation of fish to periods of low O 2 in the water, termed hypoxia. In recent years, studying zebrafish has opened my eyes to the remarkable differences in physiology between larval and adult fish, signifying that the mechanisms an individual uses to cope with hypoxia shifts over developmental time. My work in the Todgham lab will continue to explore similar themes in Antarctic notothenioid fish. Using biochemical approaches, I will aim to understand metabolic plasticity of early life stage fishes impacted by elevated temperatures and CO2 levels in the water. 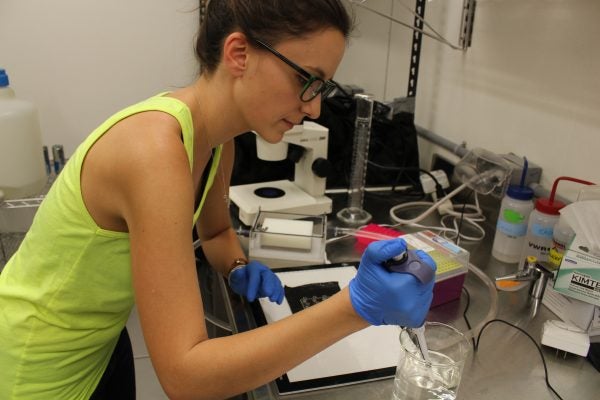 I am a physiologist and toxicologist interested in studying the ways in which animals adapt and cope to changing environmental conditions. My PhD dissertation investigated the sublethal effects of crude oil exposure from the Deepwater Horizon oil spill, in combination with additional environmentally relevant stressors on the early life stages of mahi-mahi. Recently, I’ve been studying how environmental variables, such as ultraviolet radiation, affect embryonic buoyancy and how this translates to changes in their vertical distributions in nature. My current research at UC Davis is focused on the effects of varying turbidity and thermal conditions on the endangered delta smelt and threatened longfin smelt species. 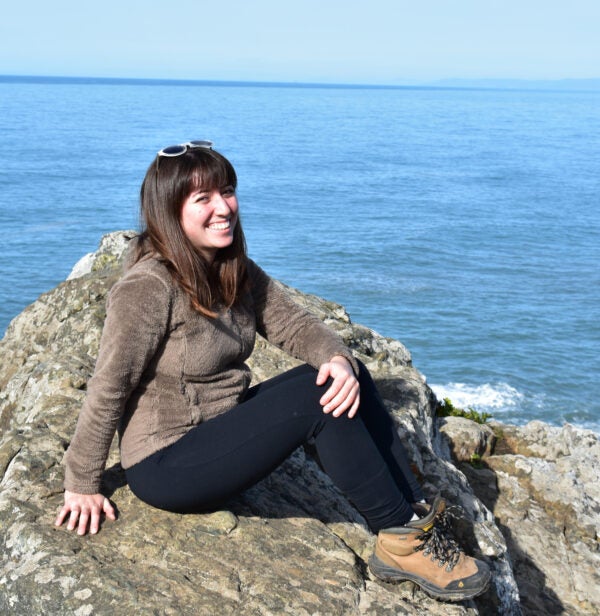 I am an ecophysiologist interested in rapid adaptation to climate change in aquatic invertebrates, particularly with respect to increases in thermal variability on a seasonal timescale. My current work as a Delta Science Fellow incorporates adaptive management strategies and invasion ecology to address shifts in invertebrate prey communities in Suisun Marsh after early tidal restoration for important fish species. Previously, I have used techniques in whole-organism physiology, a variety of omics, population genetics, and community ecology to look for patterns of thermal stress in rocky intertidal and estuarine eelgrass invertebrate systems. In addition to my research within the physiology/ecology realm, I also conduct social science research on communication techniques as the chair of the Science Partnerships Committee at the National Network for Ocean and Climate Change Interpretation. You can learn more about me at www.richelletanner.com. I have been working in the Department of Animal Science as a research associate, since 1985. Research interests include: techniques for monitoring the reproductive conditions of wild and domestic sturgeon stocks; sturgeon aquaculture development, including broodstock management, spawning induction and husbandry methods; sturgeon gametogenesis and embryological development; and conservation hatchery development for stock enhancement. Current projects are: determining the causes of spontaneous “triploid” production in sturgeon hatcheries, training aquaculture staff on the techniques for broodstock management at new sturgeon farms, and enhancing tank spawning techniques for green sturgeon. I am interested in understanding what mechanisms allow animals to cope with changes in their environments (plasticity, acclimation, & adaptation) and why certain taxa and life stages seem especially vulnerable to rapid changes. I am currently studying the effects of ocean climate change on the early life stages of Antarctic fishes using genomics, molecular biology, and organismal techniques. I am also developing future projects applying a landscape and physiological perspective to the conservation of California estuarine species. 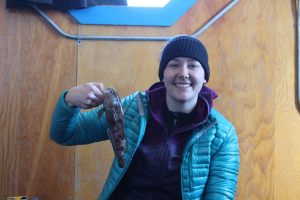 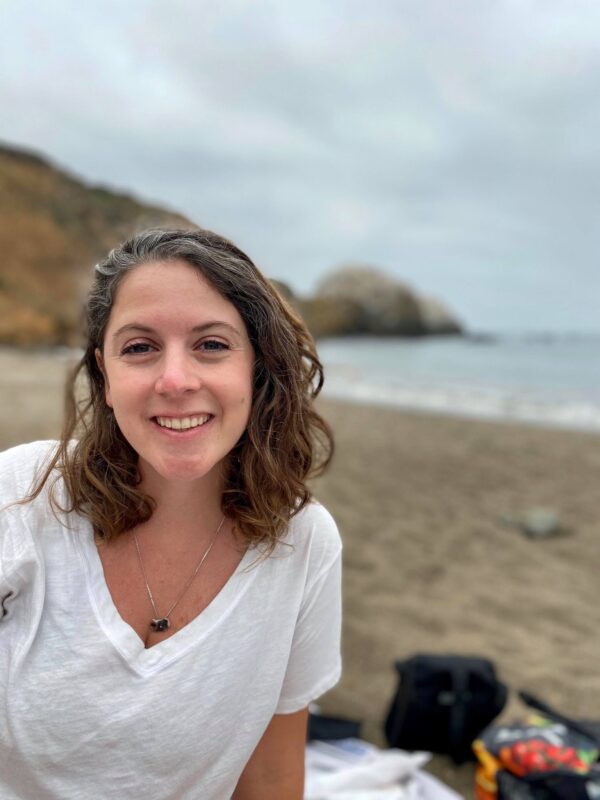 My research focuses on improving the resiliency of coastal ecosystems and communities. Broadly, I aim to create a more complete picture of the mechanisms aquaculture species use to adapt to climate change, the ecological effects of these shifting interactions, and how the aquaculture industry can better prepare for the future. Prior to joining the Todgham Lab, I completed a masters at LSU that focused on the impacts of combined stressors on eastern oysters in the Gulf of Mexico and a Knauss Fellowship with NOAA working to facilitate research to application projects. As a first year PhD student and an NSF NRT Sustainable Oceans Fellow, I plan to continue studying the responses of ecologically and economically important organisms in multistressor environments. Additionally, I enjoy diving, birding, and charcuterie. I am interested in how fish respond to environmental stressors ranging from biotic (such as parasites and pathogens) to abiotic (such as poor water quality and toxicants) and using those responses to map population health and potentially develop management tools for assessing population health. With the increasing threat of climate change and other anthropogenic stressors, developing strategies to assess how fish populations are coping is incredibly important. I am specifically interested in assessing Chinook salmon smolt physiological stress levels during their migration and smoltification as well as assessing forage fish species population health. I am also an NSF NRT Sustainable Oceans fellow. rests lie in how marine organisms respond to global environmental change, and what adaptations are utilised at a cellular and organism level to tolerate these changes. Specifically, I am interested in how the plasticity of this response varies across ecosystems and between species. My current research investigates food availability as a major determining factor for the heat tolerance in Mytilus californianus, and whether sirtuins link the processes mechanistically. already altered ecosystems and how organisms are adapting to these new extremes. Currently, I’m studying the variation in phenotypic plasticity in response to climatic stressors across temporal scales, using the western mosquitofish, Gambusia affinis, as a model species. 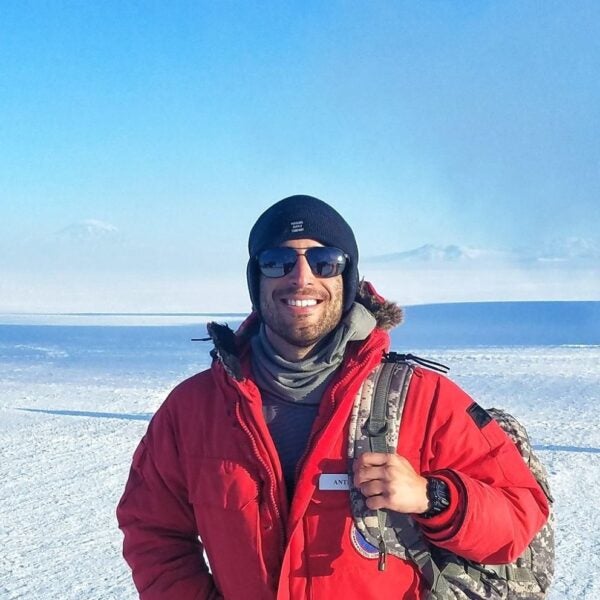 For as long as I can remember, I have always been a fan of the outdoors and fishing. After an eight-year career in the U.S Army, I figured it was time to strive for something where my professional and personal interests would collide. My fondness for fish research began at Sonoma State. As a masters student I studied how gene copy number and genome architecture can alter the heat shock response of a certain species of Antarctic fish evolved to such a unique and stable environment.
My research interests are trying to understand mechanisms that facilitate phenotypic variation in marine taxa in response to climate change and anthropogenic stress. More specifically, I want to understand the capacity marine organisms such as Antarctic and California fish fauna have for epigenetic and genetic alterations and the interplay those mechanisms have under current and future environmental stressors. The insight gained from this research can hopefully provide a glimpse to the adaptability of certain animals. These emerging insights can also be applied to address critical concerns ranging from aquaculture, biomonitoring, and biological invasions, hopefully improving our ability to detect, explain, and predict responses of marine taxa to global anthropogenic change. I study how keystone species shape population and community processes within tide pools. Sea stars consume mussels which allows other larvae species to settle, contributing to species diversity in tide pool ecosystems. My research focuses on how Ochre seastars detect KEYSTONEin, a protein produced by the California mussel, to use as a feeding stimulus. I am exploring the effects of ocean acidification on this chemical cue and its role in predator-prey interactions in order to assess tide pool biodiversity under climate change. 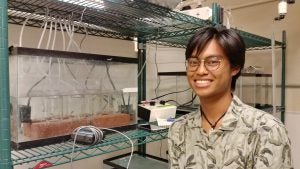 I am a third year Evolution, Ecology, and Biodiversity major with an interest in marine and aquatic ecology. Last year, I helped Annelise Del Rio with her project in studying the effects of temperature and oxygen stressors on the early stages of Chinook salmon development. I’m currently working with Frederick Nelson in examining the physiological effects of climate change on mosquitofish, Gambusia affinis. In addition to participating with Fred’s experiment, I am also exploring the effects of varying sex-biased populations on male and female fitness and predicting how this will affect mosquitofish populated ecosystems. Although most of my research is revolved on fish ecophysiology, I believe understanding  changes on the individual level would be helpful in predicting outcomes in higher scales of ecology. I hope to continue to learn and eventually apply the knowledge and experience from the Todgham Lab in coral reef organisms.

Travis Siapno (2013) – Development of an assay to measure lipids in early developmental stages of oysters.

Hazel DeVera (2012) – The effects of thermal stress during aerial exposure on protein homeostasis of the owl limpet, Lottia gigantea.

Theme by Anders Noren — Up ↑